Not religious any more? 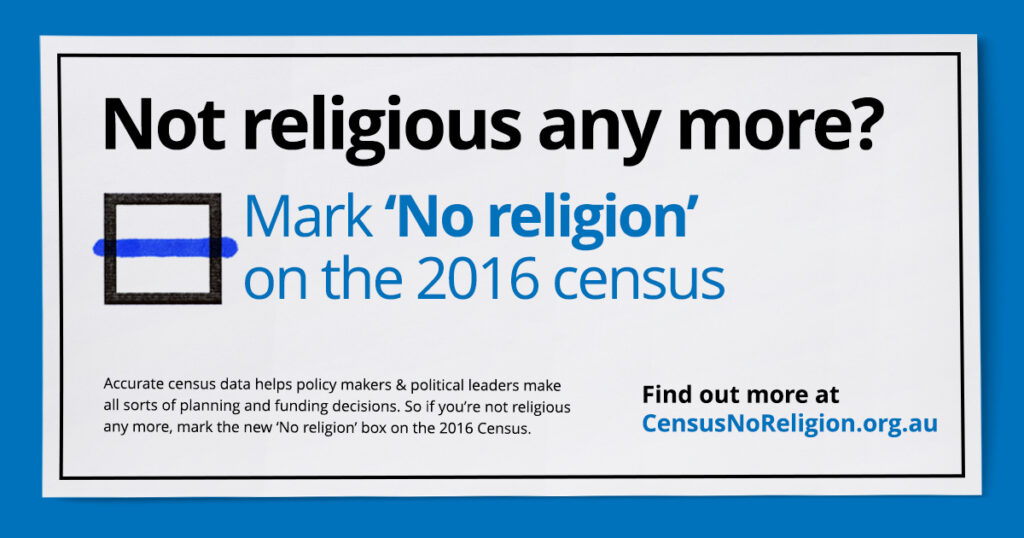 As the next Australian Census approaches (9 August 2016), the Atheist Foundation of Australia (AFA) is preparing for one of its biggest and most important projects. The AFA is campaigning to encourage individuals and families to think about the importance and impact of their answer to the Census question: “What is the person’s religion?”

This is an opportunity to tell the Australian public what it means to mark the ‘No religion’ box. It’s an opportunity to get to the truth about the practice of religion in Australia. For more information about our campaign visit censusnoreligion.org.au.

The AFA needs support in this awareness campaign to promote the consideration and importance of marking ‘No religion’ on the 2016 census. We hope to get a better and more accurate representation of how religious Australia is.

If you would like to make a donation, please visit our INDIEGOGO Page.

That the world is in a bad shape is undeniable, but there is not the faintest reason in history to suppose that Christianity offers a way out.

To YOU I'm an atheist; to God, I'm the loyal opposition.