The Pied Piper of Vatican 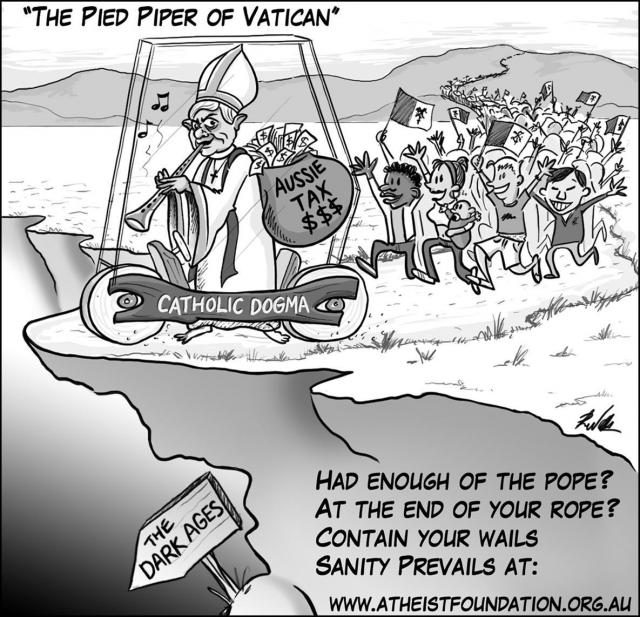 The Pied Piper of Vatican

To YOU I'm an atheist; to God, I'm the loyal opposition.
Isn't it enough to see that a garden is beautiful without having to believe that there are fairies at the bottom of it too?

I am an atheist, out and out. It took me a long time to say it. I've been an atheist for years and years, but somehow I felt it was intellectually unrespectable to say that one is an atheist, because it assumed knowledge that one didn't have. Somehow it was better to say one was a humanist or agnostic. I don't have the evidence to prove that God doesn't exist, but I so strongly suspect that he doesn't that I don't want to waste my time.

The intelligent beings in these regions should therefore not be surprised if they observe that their locality in the universe satisfies the conditions that are necessary for their existence. It is a bit like a rich person living in a wealthy neighborhood not seeing any poverty.