Christopher Hitchens: the epitome of atheism by David Nicholls 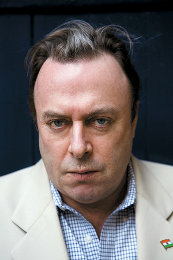 Christopher Hitchens died with friends at his side at the MD Anderson Cancer Center in Houston Thursday 15th December. These words and similar headlines circled the globe in an expanding electronic wave, carrying news that the inevitable had happened.

Fundamentalism isn't about religion. It's about power.

Isn't it enough to see that a garden is beautiful without having to believe that there are fairies at the bottom of it too?

For me, it is far better to grasp the Universe as it really is than to persist in delusion, however satisfying and reassuring.