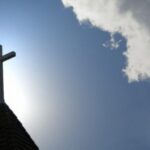 AFA President Michael Boyd spoke with the Reverend Bill Crews on 2GB regarding a new survey from the UK that shows that religious and spiritual needs rank last for those facing the end of life.

The audio can be found at at this link.

I cannot be angry at God, in whom I do not believe.