Churches should pay $31B in taxes 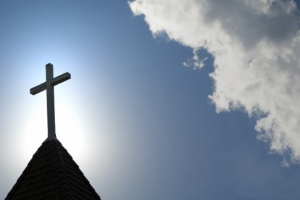 AFA Vice-president Michael Boyd spoke with the Reverend Bill Crews on 2GB about churches paying taxes, as raised in our recent Religious Charity! What Is It Good For? Media Release.

The audio can be found at this link.

Conventional people are roused to fury by departure from convention, largely because they regard such departure as a criticism of themselves.

Religion is against women's rights and women's freedom. In all societies women are oppressed by all religions.

My neurologist once told me that people with temporal lobe epilepsy are very often intensely religious. Certainly just before I have a grand mal fit I have a 'vision' of such peace, joy and significance that I can only call it God. What does this say about the whole nature of religious vision? Certain episodes in the lives of the saints have acquired a new meaning for me. When Theresa of Avila had her three-day vision of hell, was she simply having a temporal lobe attack? The horrors she saw are similar to those I have experienced, but in her case informed by the religious imagery of her time. Like other saints who have 'seen' hell she describes an appalling stench, which is part of an epileptic aura. Is it possible that the feeling I have had all my life that something - God, perhaps? - is just over the horizon, something unimaginable but almost tangibly present, is simply the result of an electrical irregularity in my brain? It is a question that can't yet be answered, unless it be that God, if He exists, could have created us with that capacity for Him, glimpsed at only when the brain is convulsed. What I can say, however, is that if my 'visions' have sometimes let me into 'Hell' they have also given me possible intimations of a Heaven which I would not have been without.

Religion is a by-product of fear. For much of human history, it may have been a necessary evil, but why was it more evil than necessary? Isn't killing people in the name of God a pretty good definition of insanity?

“For those who believe in God, most of the big questions are answered. But for those of us who can't readily accept the God formula, the big answers don't remain stone-written. We adjust to new conditions and discoveries. We are pliable. Love need not be a command nor faith a dictum. I am my own god. We are here to unlearn the teachings of the church, state, and our educational system. We are here to drink beer. We are here to kill war. We are here to laugh at the odds and live our lives so well that Death will tremble to take us.”